Children are engaging in more extracurricular activities like lessons and sports than they did more than two decades ago, according to the U.S. Census Bureau.

A Child's Day: Historical Tables and Figures tracks children’s involvement in extracurricular activities by sex and poverty levels from 1998 to 2020.

Some of the trends discussed here are shown in the figures below, and the others can be found in the table and graph package. Only comparisons of data for years 1998 and 2020 were tested for statistical significance.

Sports have consistently been a more popular activity among boys than girls. In 2020, 44% of boys participated in sports-related activities while about one-third (35%) of girls did so. The pattern was similar in 1998, when 41% of boys played sports compared with 30% of girls.

In contrast to sports, girls joined clubs in higher proportions than boys. In 2020, 29% of girls and 24% of boys were involved in clubs.

Parents have relied more on private tutoring since the start of the COVID-19 pandemic in early 2020 partly because of school closures. This jump in private lessons may have impacted the Census Bureau’s Survey of Income and Program Participation (SIPP) 2020 estimates, which possibly included extracurricular subjects.

Nonresponse bias may also have affected SIPP results, meaning that the characteristics of those who responded were different than those who did not respond.

Over more than two decades, however, participation in clubs like the Scouts and religious groups slipped. In 1998, for example, 38% of girls participated in clubs compared to only 29% in 2020.

Club participation decreased among all children regardless of the family income-to-poverty ratio. But participation in sports and lessons only went up among children in families at 200% or higher of the poverty threshold.

For the purposes of this story, the ratio has been classified into three groups: an income-to-poverty ratio less than 100% (considered to be in poverty), 100%-199%, and 200% or higher.

Not surprisingly, children in households with more financial resources participated in more activities: 47% of those in households at or over 200% of poverty engaged in sports in 2020, up from 43% in 1998.

There was no statistical change in sports participation between these years among children in households below poverty (23%) or at 100-199% of poverty (about 28%).

The trend was similar among children taking lessons. The only group with statistically higher proportions taking lessons in 2020 (38%) than in 1998 (35%) were those in households at or over 200% of poverty.

Club participation steadily decreased regardless of household poverty level. How it declined from 1998 to 2020:

Earlier this year the Census Bureau released a set of tables and figures including data on child well-being measures collected by the Survey of Income and Program Participation between 1998 and 2020.

This product includes four sets of tables and four sets of graphs that show U.S. national level estimates of school-aged children (ages 6 to 17) by sex and poverty of such things as their participation in extracurricular activities and whether they’ve ever been expelled, suspended or repeated a grade.

The SIPP collects information on child well-being, including details on children’s extracurricular activities and school performance.

Reference parents (usually the mother) are asked if children participated in extracurricular activities like sports, clubs or lessons after school or on weekends. Information on whether a child has ever repeated a grade and been suspended or expelled is also collected.

The SIPP is a nationally representative longitudinal survey administered by the Census Bureau that provides comprehensive information on the dynamics of income, employment, household composition and government program participation.

Both SIPP 2020 and SIPP 2019 faced different data collection issues that resulted in nonresponse bias which may have shaped the patterns of extracurricular activities. 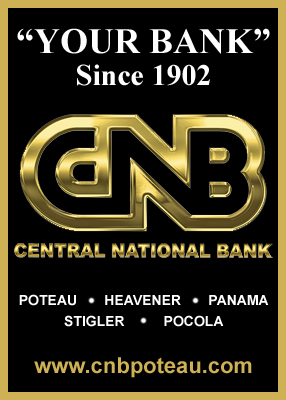