OSDH Announces First Pediatric Flu Death of the Season; Flu Shots to Be Offered at No Cost at County Health Departments

OSDH Announces First Pediatric Flu Death of the Season; Flu Shots to Be Offered at No Cost at County Health Departments Featured 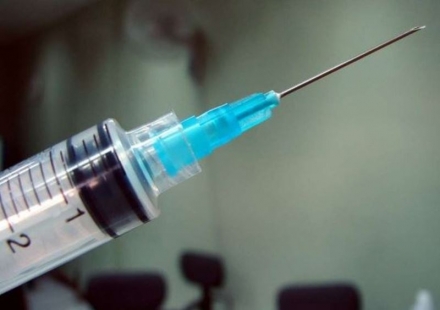 The flu season continues to hit the state hard and the Oklahoma State Department of Health (OSDH) has confirmed the first pediatric death associated with the flu since the season began in September. The death occurred in an Oklahoma County resident between the ages of 5-18.

This week’s flu report indicates record-breaking numbers with 3,440 flu-associated hospitalizations, and 153 deaths. These numbers surpass any other flu season since the OSDH began tracking in 2009. Public health officials remind the public that there are several weeks remaining in the flu season, and the number of hospitalizations and deaths will continue to increase. A flu shot is encouraged for anyone over the age of 6 months who hasn’t been immunized.

In an effort to reduce the number of hospitalizations and deaths, the OSDH is offering flu vaccinations statewide at no cost to recipients at all county health department sites. The flu shot is encouraged for anyone over the age of 6 months, but is especially recommended for those over the age of 65, those who suffer from chronic heart and lung conditions, and pregnant women.

The OSDH has high-dose vaccine for seniors that may not be available from health care providers. The vaccine must by administered by the end of May. Anyone interested in receiving a flu shot at no cost should contact their local county health department for clinic times.

“We have been surprised at the number of people who haven’t received the flu vaccination yet this season and we are making this effort to ensure that everyone who would like a flu shot will be able to get one,” said State Epidemiologist Dr. Kristy Bradley. “It is not too late to receive protection from the flu and it is important to do it now, since it takes up to two weeks after receiving the vaccine to reach full effectiveness.”

OSDH data indicates a total of 32 flu-associated deaths have occurred among Oklahoma children under the age of 18 between 2009 and the 2016-17 flu seasons. Of the 32 who died, 25 of them were over the age of 6 months, and eligible to receive a flu shot.

Thus far during the current season, over 1,800 Oklahomans over the age of 65, and over 400 under the age of 18 have been hospitalized due to medical complications from the flu.

In addition to getting a flu shot, it is important to practice frequent hand washing and prevent the spread of germs by covering your sneeze and cough. Those who are having flu-like symptoms such as fever, body aches, fatigue and chills are encouraged to stay home from public gatherings until they are able to go 24 hours without a fever, and without fever-reducing medication.

More in this category: « Oklahoma State Department of Health Confirms Measles Case For the Children: Legislators Weigh Policy Choices That Impact Children »
back to top