OSU students and other volunteers will join in placing dog tags on the more than 6,900 flags representing military service members who have given their life in the Global War on Terror.

(STILLWATER, Okla., Nov. 1, 2017) – An emotionally-moving flag display that represents our fallen military heroes will start a week of appreciation and recognition on Tuesday, Nov. 7, that will continue through Veterans Day and beyond at Oklahoma State University.

“Because the sweeping flag display, on OSU’s Edmon Low Library lawn, has touched so many since it started three years ago, it will remain in place this year from Tuesday evening until Sunday, Nov. 12, at 3 p.m.,” said Rick Hansen, retired Marine Corps captain and coordinator of Veteran Student Academic Services at OSU. “Last year, several veterans, students and others who visited the display offered their thanks, including a lady who brought her father, a World War II veteran, to take some photos with his great-grandchildren.”

Volunteers will begin placing the more than 6,900 flags on the library lawn on Tuesday at 1 p.m. Each flag represents a military service member who gave his or her life in our nation’s defense during the Global War on Terror.

On Wednesday, Nov. 8, students, faculty, staff and friends of OSU are being invited to help place a dog tag on each flag starting at 9 a.m. The dog tags are embossed with the name, rank, branch of service and home of record for each of the fallen military service members.

“We have found this to be an extremely moving experience, putting a name to the flag representing one of our fallen comrades,” said Hansen. “A list of those who have sacrificed all, will also be available on the Edmon Low Library Plaza overlooking the flag display. The flags, dog tags, and lists will be available until 3 p.m. on Sunday.”

Purple Heart honoree and retired Sergeant First Class James Battles Jr., United States Army, will be guest speaker for a short ceremony honoring veterans, which will be held at 10:15 a.m. on Friday, Nov. 10, on the Edmon Low Library Plaza. Battles retired after 23 years of military service due to injuries he received during a tour of duty in Afghanistan in 2011-2012. In addition to being awarded the Purple Heart Medal, he received the Bronze Star Medal, the Army Commendation Medal with three Oak Leaf Clusters, and the Army Achievement Medal with four Oak Leaf Clusters. Battles is currently the commander of Chapter 820 of the Military Order of the Purple Heart.

OSU’s annual Veterans Appreciation Dinner will be held on the Thursday, Nov. 9, at 6:30 p.m. in the Student Union Ballroom. For a second year in a row, the evening will serve as a “welcome home” for our Vietnam era veterans as part of the Commemoration of the 50th Anniversary of the Vietnam War. Retired Major General Douglas O. Dollar, United States Army, will present a copy of the 50th Anniversary of the Vietnam War Proclamation and a lapel pin to each Vietnam era veteran not previously recognized.

The final event of the week is the induction of four Oklahoma A&M College/OSU alumni to the Oklahoma Military Hall of Fame wall outside the Veteran Success Center at 3 p.m. on Friday, Nov. 10. Three posthumous inductions will include Col. Lee Gilstrap, United States Army; Col. Tom J. Rounsaville, United States Army, and Lt. Col. Karl K. Dittmer, United States Air Force. Retired Col. William A. Ahrberg, United States Army, the only living alumnus who will be added to the wall this year, plans to be in attendance for the event with several members of his family. Family members will be on hand to represent Gilstrap, Rounsaville, and Dittmer. Eighteen veterans and the OSU ROTC were previously recognized on the wall. Please join us in the North Classroom Building to recognize these heroic alumni.

The primary task of the Veteran Student Academic Services office at OSU is to coordinate with campus, community, state and federal organizations to provide services to more than 850 veterans and military-affiliated students in Stillwater. The office is also in charge of the Veterans Success Center on campus, which offers veteran students a place to study, interact and seek academic assistance in transitioning to college life.

Oklahoma State University is a modern land-grant university that prepares students for success. OSU has more than 36,000 students across its five-campus system and more than 25,000 on its combined Stillwater and Tulsa campuses, with students from all 50 states and around 120 nations. Established in 1890, Oklahoma State has graduated more than 260,000 students who have been serving Oklahoma and the world for 125 years.

More in this category: « NARCOTICS BUREAU ENCOURAGES OKLAHOMANS TO SAFELY DISPOSE HOME MEDICATION Do not feed the weeds »
back to top 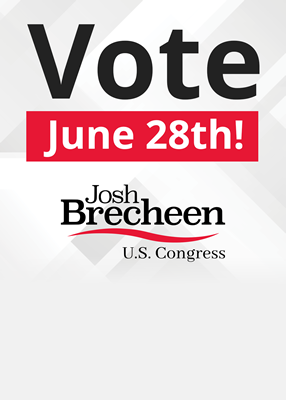